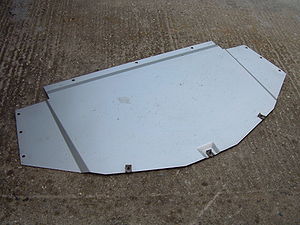 The front undertray needs to be removed for a variety of reasons such as to replace the anti-roll bar,

This undertray is very important as it brings rigidity to the whole front of the car.

Not easy to refit without positioning yourself under the car.