When originally conceived and released, the Elise was supplied with Metal Matrix Composite (MMC) brake discs in combination with specific MMC brake pads. In general it is agreed that an MMC brake setup provides excellent brake performance and feel. The only real complaint seems to be that in wet weather the initial bite and performance is poor until the discs are dried by application. (From VIN 2260 a splash guard was introduced to reduce this problem - Source elises.co.uk)

MMC's differ from normal 'iron' discs in that the friction generated is mostly Adherent Friction rather than abrasive friction (a very good article on the nature of braking can be found here). Essentially when the disc and pad come in contact some of the pad material transfers onto the disc surface, meaning the contact patches between the two are effectively the same material. As the disc rotates the bonds between the surfaces break and reform creating friction.

One of the benefits of Adherent Friction is that under normal use the discs last a very very long time. When braking the pads transfer their material to the surface of the disc, and it is this layer that is broken down, not the disc suface. Therefore the discs suffer very little wear. Under very heavy use however, the bonds between the pad and disc cannot reform as fast as they are broken down, meaning areas of the disc can loose the material layer entirely. When this happens the abrasive friction of the pad can score away the disc surface making it too rough to rebuild the original material layer. If this happens braking performance from the disc is permanently damaged and the disc must be replaced. For this reason car used on track or running semi-slick tyres may wish to use traditional setups.

MMC discs were also extremely light, reducing the unsprung weight of each wheel.

These discs followed the MMC disc as the standard brake disc for the S1 Elise from VIN 3715.

Although introduced for cost reasons, Iron disks are better able to withstand the high temperatures associated with track driving and provide better wet weather performance than the previous MMC disks.

The surface of the disks are solid, however they are internally vented to aid cooling. As the disk rotates at speed, centrifugal forces act on the air inside the vanes, forcing it outwards from the center. This action then draws fresh, cooler, air from the center of the disc through the internal vanes and out through the holes in the edges. extremely light, reducing the unsprung weight of each wheel. (Lotus Part Number: A111J0128F) 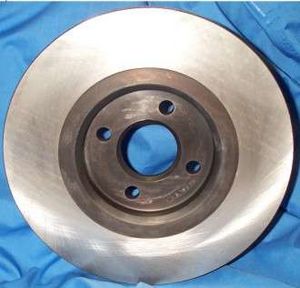 The Sport 135, Sport 160, Sport 190 and 111S models were supplied with iron disks which were vented and cross drilled. Cross drilling is the name given to drilling holes through the disc. This has a number of advantages: 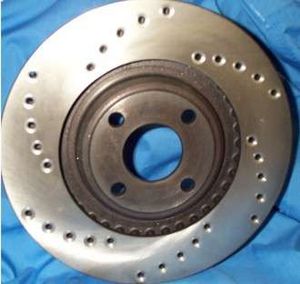 The Lotus Series 1 Exige and 340R, were fitted with the same cross drilled disks as seen on the Series 1 111s and Sport 160 editions described above. (Lotus Part Number:A111J0141F)

The discs are not handed, so the same disc is used on the right and left hand sides of the car. The cooling air flow through the left and right discs is identical and the flow rate is purely a result of pressure differential between the centre of the disc and its rim; the shape of the vanes and the direction of rotation does not affect the flow rate significantly.

Some noise from the brakes themselves is to be expected but there is a fix to stop brake pads banging in the callipers.

VX/Speedster discs are also 288mm as on the S2, but there are some differences:

The last point makes the VX220 discs significantly heavier than S2 discs (around 750G to 1 Kg each).

The thicker surface should give them a little more heat capacity, but also makes it more difficult for them to shed the heat again.

This is currently unconfirmed - Press the 'Edit' link to add your knowledge!

(Lotus Part Number:ALS1J6010F) Content to be added! Press the 'Edit' link to add your knowledge! 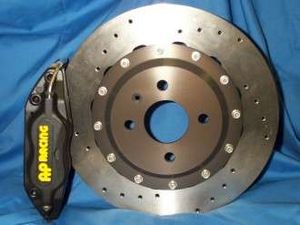 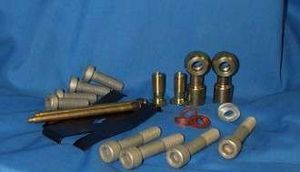 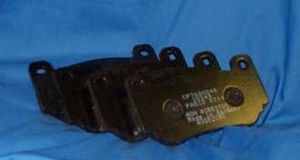 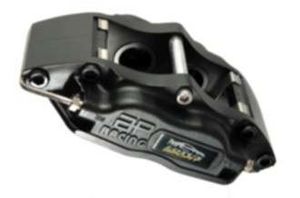 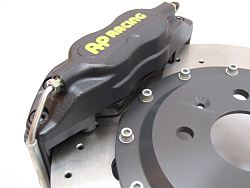 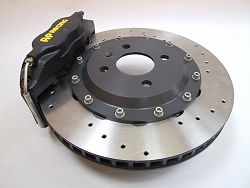 Elise Parts Content to be added! Press the 'Edit' link to add your knowledge!

Plans Motorsports Content to be added! Press the 'Edit' link to add your knowledge!

Content to be added! Press the 'Edit' link to add your knowledge!

HiSpec Motorsport Content to be added! Press the 'Edit' link to add your knowledge!

Pads sticking to the disc

The unservoed brakes on the S1 were criticised for not having enough initial bite when first applied, so Lotus used higher "grab" pads on the S2 to improve this. A byproduct of these pads is they tend to stick to the disc over a period of time, in damp or humid conditions this can happen within a couple of hours. This is something that affects the S1 as well but not to the same extent. Normally the stiction is limited to a clunk on pulling away, but with wet weather or if the car has recently been washed, the stciking can be quite severe. This however is not a problem its just Something you just need to be aware of, it is also just another case of TADTS

Other sources of information

The "Warped" Brake Disc and Other Myths of the Braking System by Carroll Smith: http://www.stoptech.com/tech_info/wp_warped_brakedisk.shtml