How to remove the dash top from an S2 Elise

The process is described in the S2 Service Manual, section BP pages 19-21. My car (2002 model) was a little different to the manual however so the following guide might be useful. 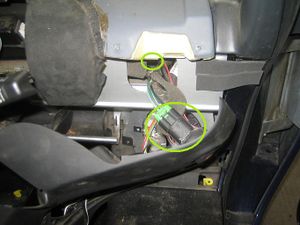 Click to enlarge: Behind the driver's side speaker panel

The manual says to remove the air vents from the panel. Only the topmost rotating bit needs to be removed here. On my car there were 2 screws in each vent attaching the capping panel to the dash fascia panel. These are not mentioned in the manual, and will need to be removed. The capping panel can then be pulled free (with a bit of force !)

Remove the two screws holding the dash fascia to the frame. The drivers side one is shown on the picture above (upper green circle), and the passenger one is found likewise. 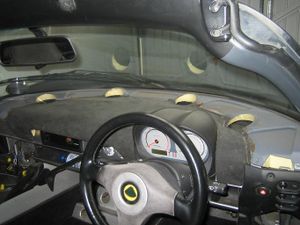 Remove the 4 screws that hold the ends of the plastic capping panel to the front of the dashboard. There are 2 screws at each end of the dash, above where the speakers go.

Removing the steering column shrouds and instrument pod (as described below).

You can then gently bend or bow the plastic capping panel inwards at both ends, whilst moving the whole dash board to the right (drivers side), and slipping it out past the left (passenger side) windscreen pillar. To avoid risk of scuffing the left pillar a piece of cloth can be placed over the end of the capping panel where it rubs, although the windscreen pillar appears to be pretty tough material and hard to scuff.

The lower shroud is held on by two screws (on my car anyway - the manual says 3 screws...), as shown below. The manual says to disconnect the trip button but I didn't see a need to - the wire is long enough to let the shroud rest on the floor while you continue working 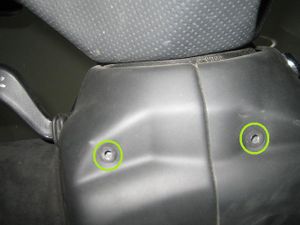 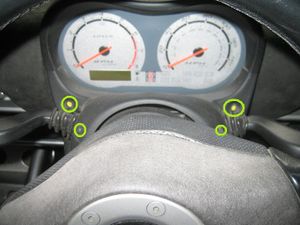 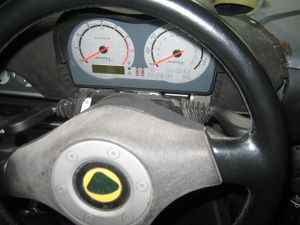 The instrument pack is secured by two bolts (M11 IIRC), one of which is shown below 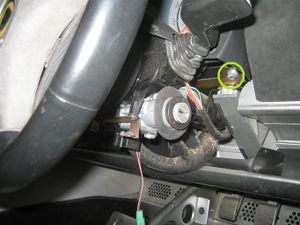 Disconnect the wiring harness from the instrument pack 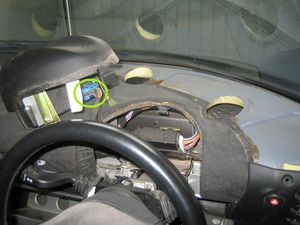 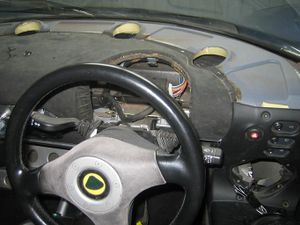 The manual says to remove the plastic finished above the climate controls : I did this but not entirely sure it was required

Now remove the dash top by lifting the near most edge of the dash (to release the locating bosses from the keyhole slots in the dash) and pulling it towards you.

Basically the reverse of the above. Only tricky bit is re-assembling the steering column shrouds and instrument pack : loosely assemble the shrouds first before replacing the instrument pack and then tighten everything up. 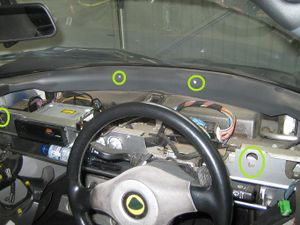