This page should contain info pulled from forum threads around S1 light switches. It is very much a work in progress at present.

These switches are found in Peugeot 205s and 106s with the same cover. However neither car uses them for head/side lights (see cross compatibility for options). The same design switch mechanism also appears to have been uses on the 306 with a different cover design. Apparently they were made by TRW (whoever that may be), but there may be multiple suppliers as there were two cover clip designs.

Do not be tempted to pull at the switches in the car. This will remove the cover from the switch but not switch body from the car.

New (and even used) headlight switches rarely come up for sale. Hazard, fog and heated rear screen are a lot more common as these were the ones used by Peugeot. Fortunately the two common switches can be used as substitutes for the less common variants by swapping the icons (see below).

Swapping the icon is really easy, they appear just to be clipped in. There are two ways to swap.

The whole black front with icon can be swapped however there are two clip designs. (need pic of two clips types)

The other way is just swapping the icon. This bit appears to have the same design on both front types. The icon is only clipped in so it is simple to push out (from behind) and then push into the new switch.

The bulb is an LED. TBC this can be changed from the rear of the assembled switch. In the centre is a torpedo shaped peg. Removal should be a case of pulling on this.

(need pic of rear of switch)

From steering wheel out; 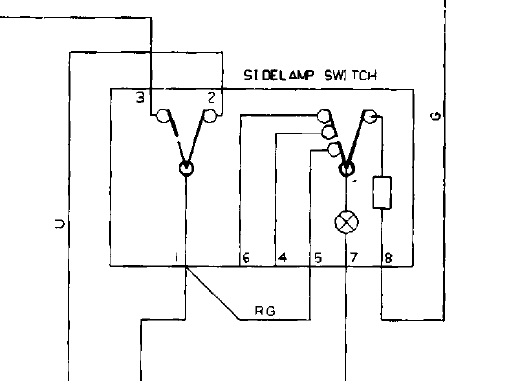 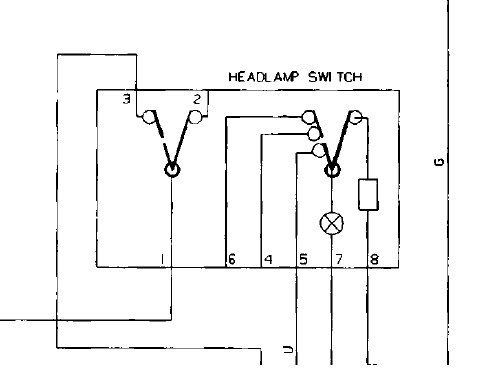 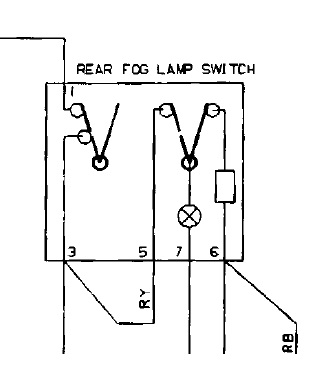 From the schematics, headlight, sidelight and hazard switch are the same internally, fog is different. The hazard schematic is drawn back to front but the connections are the same.

eBay search link that has produced good matches in the past; https://www.ebay.co.uk/sch/i.html?_from=R40&_nkw=peugeot+205+106+switch&_sacat=0&LH_TitleDesc=1&LH_PrefLoc=3&rt=nc&LH_ItemCondition=4

Here are a few videos by Stefan3 showing disassembly/testing of switches.