This article was published in the July 2011 issue of the SELOC Newsletter.

After a long build up and many, MANY, group u2us from Burt the time was finally upon us—the Lotus Festival and SELOC@Snetts 2011 had arrived.

It certainly had a lot to live up to, with 2010’s gathering of Classic Team Lotus cars a high water mark on the Lotus landscape, but there was plenty to look forward to over the course of the weekend.

For the truly dedicated there was the Thursday track day, with Lotus-on-Track running both a full day and novice evening to whet the appetite for the weekend’s racing.

Friday was a day for socialising as people arrived throughout the day, caught up with old friends and made new ones. One track official found himself an unlikely hero when they finally opened up the Russells Bend toilet block, saving everyone the long walk (or drive, for the lazy) down to Tyrrells. 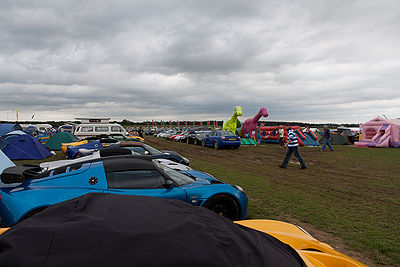 Friday evening was spent in the marquee with the obligatory music, car chat, conga lines and homoeroticism abound. 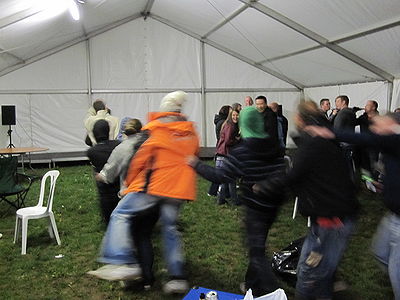 The on-track action began in earnest on the Saturday, with practice and qualifying along with a pair of Radical Clubman’s Cup and Nippon Challenge races, although the second Radical race was set back by a start line accident which damaged 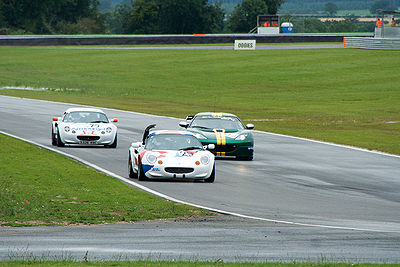 Of course for many the real draw was Saturday evening, with the hotly anticipated debut of Geoff Leppard in the SELOC tent.

After a slightly shaky start the guys went from strength to strength, with a tour de force of classic rock hits. Unfortunately in all the partying there was one casualty, with Massive Si’s inflatable sofa suffering a fatal blow during a pile-on. 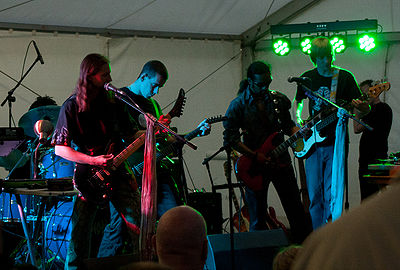 And so as Sunday dawned, engines were firing up in the paddock while on the campsite hangovers were being nursed and the car parks filled with those eager for a day’s great racing and demonstration runs.

Classic Team Lotus put on a great show with a selection of classic F1 cars, including the recently refurbished V12 Lotus-Lamborghini Type 102 and the never raced Type 58, along with the ever popular Type 25 and Type 79. 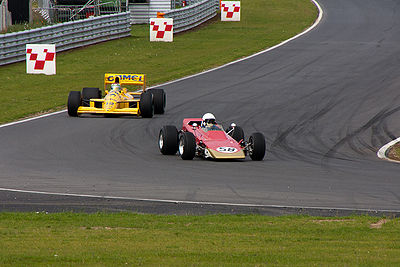 Luigi Mazza took the win in both of the Elise Trophy races, while in the hour long Lotus Cup UK race Gavin Kershaw and Martin Donnelly took the overall victory in the factory entered Evora GT4. Steve Williams took the 2-Eleven victory, David Seear the Exige, Pat McBennett the Open class and Ken Savage made up for his disappointment in the Elise Trophy races by taking the production class victory.