The rear undertray, or rear tray, needs to be removed for most jobs involving the exhaust system. It's a relatively simple job and can be done without needing to jack the car. There are in fact two rear undertrays (back and middle) which are bolted together (a third being the front undertray).

How is this different? It's not - use the same process as the S2.

The rear undertray is actually two trays bolted together. Although it is only the rearmost of the two trays that need to be removed, it is sometimes simpler to remove both together. 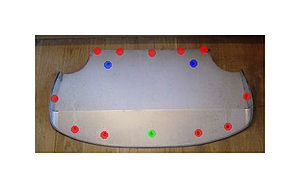 Recommended Removal order of the rear under tray bolts are: -