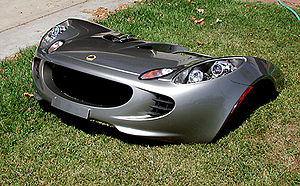 1. No electrical boxes on the clam (ergo, easier to pull the whel lining out to make more space to work)

2. Most fittings were for an 8mm or 10mm socket

3. Not necessary to remove the door hinge cover panels but its very easy to do so

4. The 07 model (and possibly models thereafter), have a different headlamp arrangment to the one in the wiki. In the 07 "s", there are 3x17mm nuts and one 8mm nut to remove. You then disconnect the plugs, and push the whole unit out of the clam, resting it back in place when removed.

5. In addition to the single 10mm fixing at the bottom front of the clam, there is a 5mm Hex head nut underneath the bottom of the headlight unit. 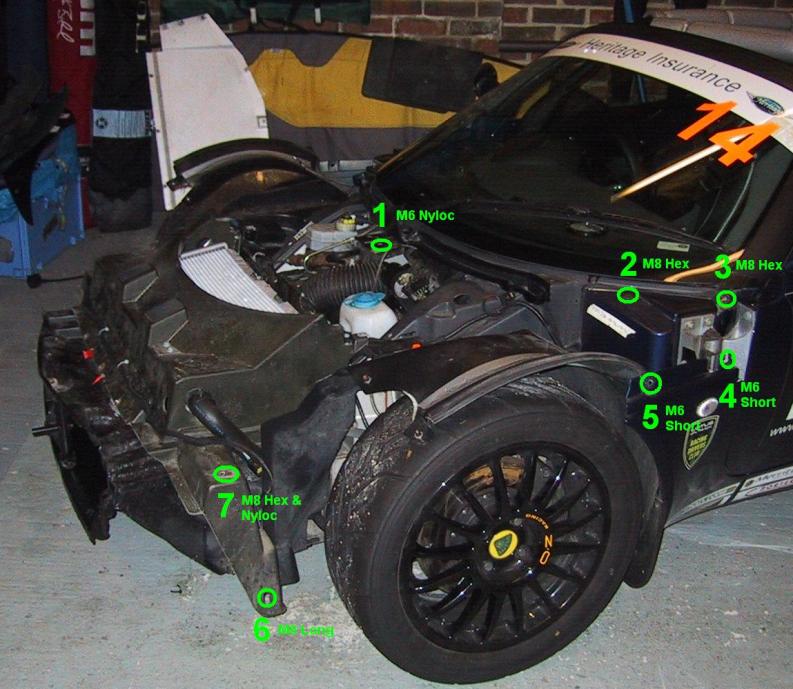